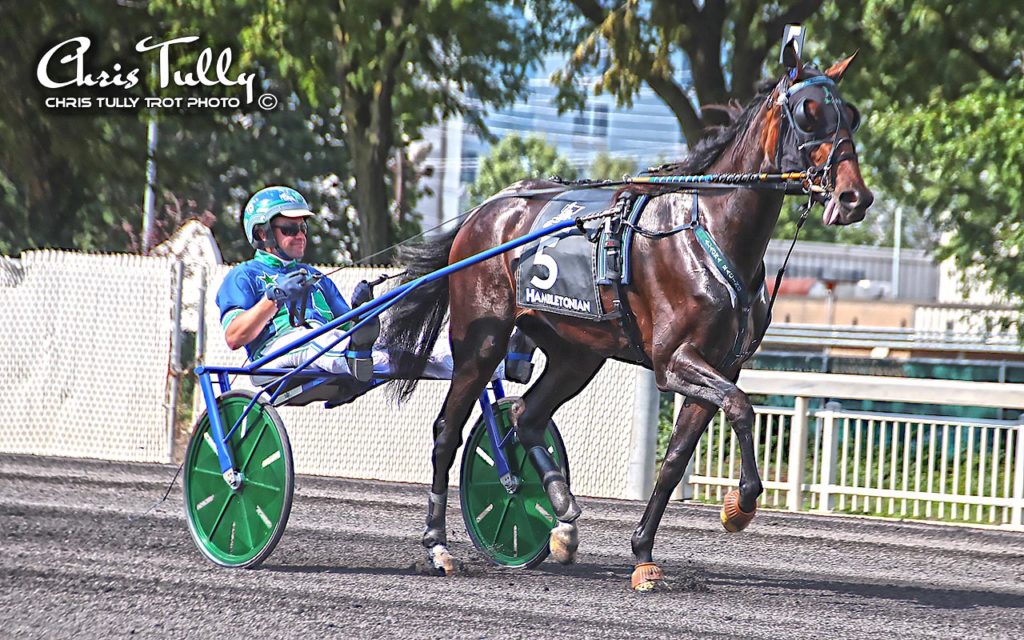 (AP) — EAST RUTHERFORD, N.J. — A filly winning the Hambletonian has been a rare sight in the 95-year history of trotting’s biggest race.

Only 15 have accomplished the feat. Now owners Michelle and Al Crawford and Brad Grant have done it twice in the past three years.

Ramona Hill joined the list Saturday, scoring an impressive one-length victory while matching the stakes record set by her sire in 2009. Atlanta won in 2018 for the Crawfords and Grant.

“We haven’t quite processed, I don’t think we’ll process for a long time,” Michelle Crawford said. “To have these two fillies in our lives, and to do the hard work and the breeding and the racing and selections in the yearling crop to get them to this point and then find out that they’re good enough to go into these races and be competitive, is unbelievable — it’s a great feeling.”

Ramona Hill made a late last-to-first move and posted the fastest time (1:51.2) in winning one of the two eliminations held last week.

Breaking from the No. 5 post position in the final, McCarthy moved earlier this week, taking the lead from Threefiftytwo near the end of the backstretch in winning for the third time in four starts in the coronavirus-delayed season.

“So when I came out early there, I sensed I could find the front and I went for it,” McCarthy said. “She knows her job, I’ve said it the whole way along, in the last turn she really swelled up. She was starting to work there a little bit towards the wire, but she finished it off.”

It was the first win in the race for Alagna and McCarthy.

The Crawfords had a really big day. They also own a piece of Sorella, who won the $600,000 Hambletonian Oaks for 3-year-old trotting fillies.

The Crawfords and Grant are partners with Robert Leblanc and In The Gym Partners in owning Ramona Hill.

Ready For Moni, who won the other elimination last weekend, held off Back Of The Neck to finish second.

In the Oaks, driver Yannick Gingras scored his sixth win in seven years in this race. Favored Sorella won by 1¾ lengths to give trainer Nancy Takter her first win the race. Her father, Jimmy, won the race a record eight times, the last five times with Gingras driving.

Washington, PA — First-time starter Beach Cowgirl powered to the point with a first-over move and kept rolling, scoring in a stake-record 1:51 in Friday’s (July 9) $165,755 Pennsylvania Sire Stake at Hollywood Casino at The Meadows. Proud Mary and My Little Captain captured the other divisions in the event, known as the Sand Tart, for END_OF_DOCUMENT_TOKEN_TO_BE_REPLACED